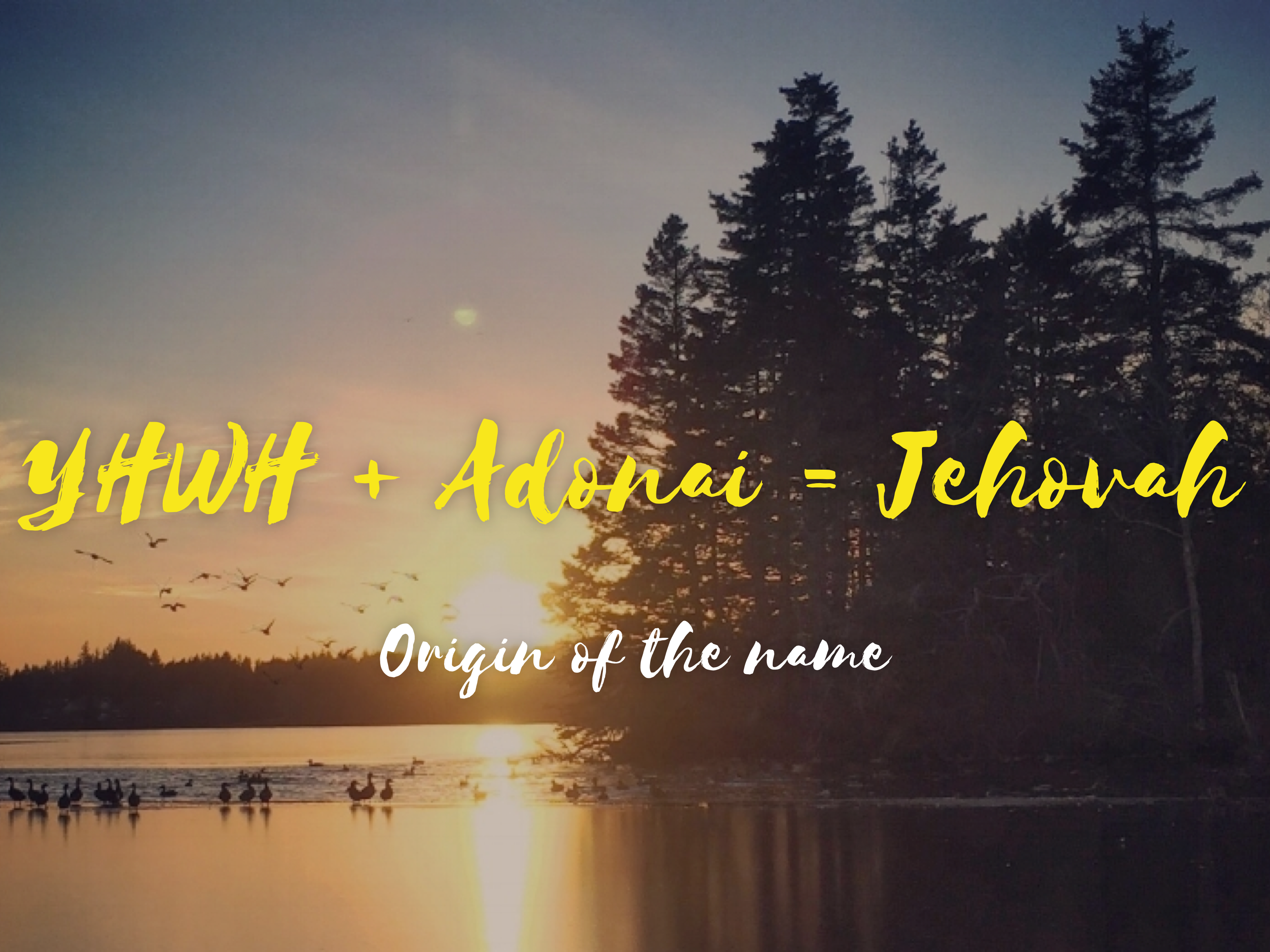 As a Christian, I recognise the name Jehovah as referencing God Almighty, but I also know that God goes by many names. I use the King James Bible and the name Jehovah is used 4 times throughout the Bible.

In addition, not all but some of the more modern versions use the name Jehovah as much as 6,827 times (American Standard Version), interestingly the Hebrew Names Version never uses it at all. Why all the discrepancies if Jehovah is truly God’s name?

Origin of the name

Do you know where the name “Jehovah” comes from, It comes from the Tetragrammaton. The name “Jehovah” is a modern mispronunciation of the Hebrew name, resulting from combining the consonants of the name, YHWH and Adonai meaning Lord.

The scribes when writing the scriptures didn’t want to include God’s name into the scrolls due to fear that God’s name would be mispronounced. Therefore they wrote the Hebrew consonants (YHWH).

In Hebrew the four letters, read from right to left, are “yodh”, “he”, “waw” and “he”. The name “Jehovah” is a construction made by man they took the 4 letters YHWH and the name Adonai and merged them together.

They removed “d”, “n”, “i” from Adonai which leaves “A o a” they then took this and inserted these letters in-between the letters YHWH when this is done you get YaHoWaH In Hebrew the “Y” when rendered into Greek has a “J” sound becoming “Jahovah” or Jehovah.

Picture one day you meet a man for the first time named Bill, some months pass by and you run into him again but you forget his name and call him Phil. Sure they sound similar but Bill would have to tell you that’s not his name. Even if you take the name “Bill” and remove the “B” adding a “J” making it Jill. That still wouldn’t be his name.

Our Creator is high above everything ever created including us, how dishonest would he be to think that we can take it upon ourselves to name God what we believe it should be outside of His Word. Jehovah is not God’s name not even close to it as we see how it was constructed using to names to make another.

2 thoughts on “Where the name Jehovah came from?”